Thank you for trusting us with your eye care! We are open and serving our community. For a list of how our office is evolving click here!

We are open and serving our community. For a list of how our office is evolving click here!

Rick Kennedy and Dart Messick recently traveled across the country to Las Vegas for the 2011 Optical Vision Expo West Trade Show and Conference where the world’s eyeglass, sunglass, and optical lens manufacturers gather to show off their latest products. We wanted to share a few pictures of your intrepid local optical store owners working the show and bringing the best new styles and products back to our 5 Connecticut locations for you our customers. 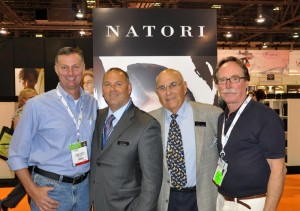 Rick Kennedy, Jamie Shyer, Henry Shyer, and Dart Messick. The Shyer’s are owners of Zyloware Optical Company the oldest American family owned frame company in the USA. They are shown in front of the Natori Eyewear collection created for Zyloware by the famous designer Josie Natori. 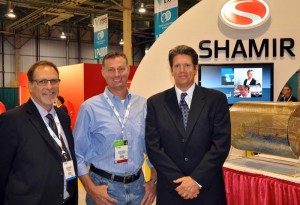 Rick Kennedy meeting with Shamir Insight representatives. Left to right: Bruce Mossman North Eastern Regional Manager, RLK Jr., and Matt Lytle VP Sales and Marketing. Shamir has developed the world’s most advanced back-surface Freeform progressive lens and Kennedy & Perkins, after extensive training, has become one of the first optical companies in the nation to be a “Certified Freeform Practice”. 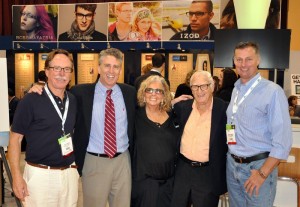 CALL A LOCATION
REQUEST AN APPOINTMENT