Since 1946, Kennedy & Perkins Guild Opticians has been a locally-owned and family-run optical business, providing greater New Haven and shoreline area residents with state of the art optical lens technology and distinctive and exclusive fashion eyewear and contact lenses. For 70 years, each pair of eyeglasses is personally crafted by a trained optician in our New Haven central lab. Our professionally trained frame stylists help choose the perfect fit, shape, and color for your own personalized look. Each Kennedy & Perkins store features eye examinations by an independent doctor of optometry.

Kennedy & Perkins has been voted the best optical store in New Haven County for the last 12 years by the New Haven Advocate.  An article in the Advocate’s “Best of New Haven” sums up Kennedy & Perkins philosophy:  “Icons of eye-catching eyewear, the family-owned, 60-year-old Kennedy & Perkins offers complete optical services, including contact lenses and prosthetic eyes, at six Connecticut locations.  Kennedy & Perkins is distinguished from many competitors because of three things….a well-trained staff skilled in such tricky arts as facial analysis and color analysis; great service & competitive prices; and a selection of eyewear unsurpassed in the areas, with several product lines which are exclusive to the state.”

While most other optical stores only stock a handful of lens choices, Kennedy & Perkins knows everyone’s eyes are unique and we make available over 20 different kinds of lenses to get the best optics for your individual eyes. Kennedy & Perkins leads New England in fitting personalized progressive lenses, the newest in free form lens technology. We can have lenses made not just for your prescription, but for your eyes, and only your eyes.

The staff at Kennedy & Perkins are all trained and certified opticians who hone their craft and their knowledge of the optical industry to help you select the best designs and optics to meet your needs at a price you can afford. We attend product seminars and continuing education classes to keep up with the newest innovations in eyewear and optics.  Looking and seeing your best. That is the goal at Kennedy & Perkins, and that is why Connecticut turns to Kennedy & Perkins for the finest selection, quality, prices, optics and service.

Founded in 1946 by Richard L. Kennedy Sr., after he returned from service as a Marine in the South Pacific, the family-run business is still providing the finest eyewear, contact lenses and eye examinations in the New Haven and Shoreline community with stores also in Hamden, Old Saybrook, Branford, Orange and Guilford. Kennedy & Perkins has over two dozen trained staff members, more than half of whom have been with the company for 15 years or more, and 4 independent doctors of optometry with only one goal in mind, to make their customers look and see better.

Kennedy & Perkins also has its own in-house lab where we fabricate all glasses right on the premises. Today, Kennedy & Perkins Guild Opticians is run by Richard Kennedy’s son, Richard L. Kennedy Jr. and his son-in-law, J. Dart Messick, who are committed to continuing the traditions of “excellence in eye care” that were the foundation of Richard L. Kennedy, Sr.’s vision 70 years ago. 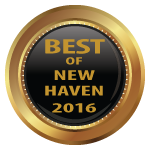 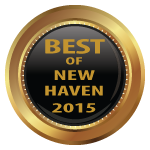 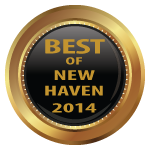 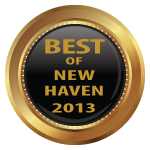 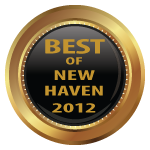 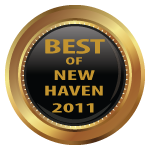 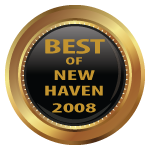 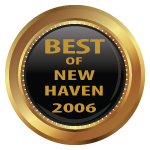 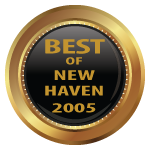